In my dealings with group dynamics of late, I realize that often a charismatic figure arises who often seems incredibly self-assured about their own truths. Often, these characters seem to be great leaders, minimizing any group dissonance that arise and creating order from chaos. They usually have a singular tenant or principle that they follow which holds together a waterproof belief system. 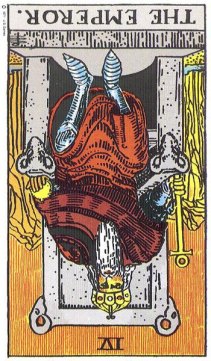 However, they are also often hostile towards any form of questioning, even if the questioning is imagined. Their rule is one of a dictatorship, although they are often also very diplomatic and skilled at ways of ‘putting members in their place’. They *give the impression* of fluidity, because they are amorphous therapists of greater humankind, often agreeing when necessary to make themselves look good but god forbid you embarrass them in any way (by disagreeing with them, for example, or questioning one of their principles), because they will sacrifice you on the altar as a show of ‘good faith’.

Strangely, I see these types of figures are often drawn towards self-help groups, groups recovering from mental illness or groups with a strong political cause. Members who are already usually vulnerable to charismatic, narcissistic-type figures. However, because these types of figures rely on the members’ willingness to divulge their own weaknesses and trauma without constraint, they have to maintain a type of ‘false empathy’ in order to gain power. This results in a kind of power imbalance in which members reveal their trauma to the narcissist while the narcissist does not actually reveal anything about themselves. This, too, I argue, is a type of ‘narcissistic supply’.

As a kind of exercise, I have decided to compile a list of subtle attributes to uncover the hidden narcissist. This list is by no means comprehensive, so tell me if you can think of more points to add to it.

Hidden signs of an Overt Narcissist: 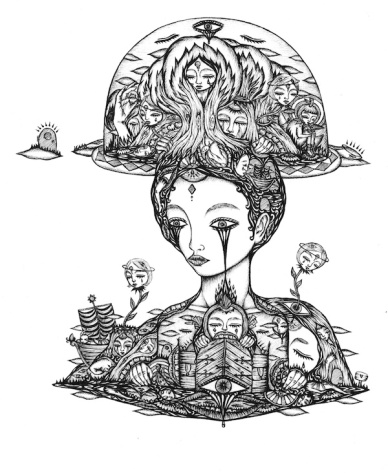 Hidden signs of a Covert Narcissist:

As you can see, both groups of narcissists are in many ways similar. While overt and covert narcissists both have the same fragile ego hiding underneath their facade, the covert narcissist is much harder to spot because they often are the ones with a pity party entourage. They cry, make a scene, make everything about themselves, and if you call them out on their emotional manipulation, YOU are the ‘mean’ one. However, overt narcissists are much easier to deal with. Sometimes, simply asserting your boundaries: “No, that is not what I said. This is what I actually said. Please do not twist my words,” is enough to stop them from acting out in a malignant manner.

The problem I’m facing with narcissists of both the overt and covert sort is that I seem to attract them like fleas to an unwashed dog. The closer I examine some of my older relationships, the more I realize I am all-giving without taking. If I’m playing sole therapist to a person, and the person is not giving anything back, this is almost always a sign of a covert narcissist. If I’m being talked down, scrutinized, softly gas-lighted (by means of making me question why I was angry in the first place), that person is almost always an overt narcissist.

All narcissists are, in the end, kids at heart who never really grew up. Next time you encounter a narcissist, imagine a 6 year old child who never learned that other people exist besides them, and that the whole world doesn’t automatically exist to serve their own needs. Also keep in mind that there is no winning with a narcissist. The narcissist always has the last word.

I wanted to discuss some of the more subtle signs of a narcissist in order to offset common ideas that narcissists are an exclusive thing, seeing most narcissists are adept at social camouflage. All in all, I’m working on how to stop attracting narcissists in the first place. But while I’m at it, I my as well compile a list of red flags that have served me. What would you add to this list?

Update: Justine gave me a couple of amazing articles to supplement my article. I highly recommend reading the below articles if you’re still unsure if you’re dealing with a narcissist in your vicinity:
20 Diversion Tactics
7 Signs of a Covert Narcissist